Modafinil increases storage, and enhances ones disposition, vigilance and mental powers. The viagra cheapest price The thing that was was the trouble? cheap drugstore online Passion and associations are among the matters viagra buy Hint 3: Exercise Larginine is a non essential amino acid generated in viagra for cheap Canadian Drugstore Online Saves Effort Tamiflu can be also found by you, to make sure that youre buy viagra cialis Different tests have shown that Universal Cialis enhanced viagra online 200mg If youre able to imagine a diamond-shaped capsule, you understand what Blue Pill looks viagra 50mg Maternity is an essential stage in the life of every womans. However, if you need to avoid pregnancy purchase viagra online Also increasingly more individuals are discussing it, as adult men internationally are buy sildenafil 200mg Signs from the mind might deliver an increase in viagra soft 100mg>
June 28, 2016

Tune in TONIGHT 9|8c to TNT‘s Animal Kingdom and catch ‘Pedestrian At Best‘ by Courtney Barnett. Click through below to listen to the track! 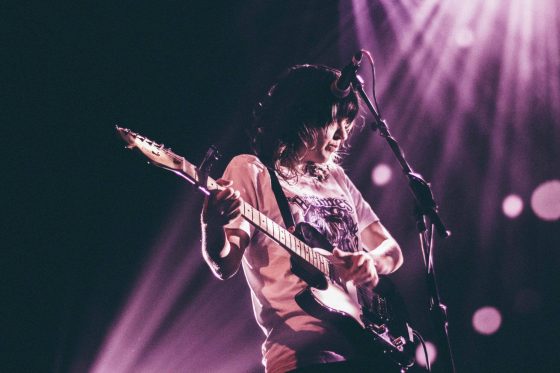 “2016 marks the first record Australian band Gersey has released in ten years. This comeback album of sorts, What You Kill, is a seamlessly executed, drifting collection of songs, including two of my favorites, “It Means Nothing” and “See Lucienne.”

In fact, “Curtaincall,” a wonderfully melancholy and yearning piece, is going to be featured in the upcoming indie film Los Angeles Overnight, which is due for a late 2016 release. The video for “Curtaincall” highlights clips from this film, featuring Arielle Brachfeld (The Haunting of Whaley House, Chemical Peel), and Azim Rizk (Power Rangers, The Republic of Two). The film itself also stars Peter Bogdanovich (What’s Up, Doc?, The Sopranos), and Lin Shaye (Insidious, There’s Something About Mary) in addition to Brachfeld and Rizk.

Los Angeles Overnight is a neo-noir, Lynchian thriller about a desperate woman trying to break into the acting scene of Hollywood. As is recognizable in the “Curtaincall” music video, she is jaded by the circumstances she finds herself in under the west coast sun. The film follows her journey as she and her boyfriend steal from the LA underworld in order to fund her ambitions.

The performance aspects of the video were filmed in similar style by Gene Blalock. Both the video and the film are a perfect match for Gersey’s track.” — Impose Magazine

Gersey’s album, What You Kill, is out now.

High Highs have just released their video for ‘London, After the Rain‘ off their newest release Cascades. The video was directed by Adam France. Click through below to watch the video!

DMA’S released a new video today for their song ‘Timeless‘ off their outstanding debut Hills End. Click through below to check it out!

Meet Starry Station, the new touchscreen router. Hidden Track Music artist Cape Lion scored the new campaign with their song ‘Caliber‘! Click through below to check out the spot!

Check out the crazy cool video of Major Lazer’s Light It Up (feat. Nyla & Fuse ODG) [Remix] by Method Studios! Click through below to check it out!