HIDDEN TRACK MUSIC SIGNS ON WITH AND PUBLISHING, A NEW PARTNERSHIP BETWEEN KOBALT AND THE MANAGERS OF MUMFORD & SONS AND GOTYE

JOINT LAUNCH PARTY AT SXSW SLATED FOR THURSDAY, MARCH 14TH AT THE BLACKHEART BAR (DETAILS BELOW)

Justin Bumper Reeve and Hidden Track Music have forged a relationship as committed synchronization managers for North America for And Publishing, a new company founded by the managers of some of the biggest acts in the world today – Adam Tudhope (Mumford & Sons, Keane, Laura Marling) and Danny Rogers (Gotye and Temper Trap; co-founder of Australia’s Laneway Festival).
In partnership with Kobalt, who will administer for And Publishing for the rest of the world, as well as fund it, Adam and Danny will operate as an A&R source, bringing exclusive signings to the joint venture.

“I’m into songs, I don’t care if they’re from the coolest bands on the planet, or the most mainstream stars,” explains Danny. “That’s one of the common bonds Adam and I share. Another is having a varied taste in music; we aren’t pigeonholed into signing just one type of artist.”

In addition, And Publishing has full-time A&R in both the UK (Thomas Child) and Australia (Travis Banko).

This passion and thirst for great new music places the artists at the very center of everything Adam and Danny do; learning from their past experience of publishers and labels to make their new venture the most artist-friendly publishing company possible.

And Publishing will open up Adam and Danny’s extensive contacts in all arenas of the music business to signed writers and their managers.

“That’s going to be a huge point of difference for us,” says Danny. “There are plenty of good young managers who just need a bit of guidance and we hope our combined experience and contacts will be an attractive part of our offer.”

At the turn of the millennium the emerging digital market turned the music business on its head; now there’s a pressing need for the old ways of doing things to be re-evaluated, and new thinking and new approaches put in their place. In an age of industry mergers and consolidation that leads to creative conservatism, there is an opening for an agile new music company, driven by a passion for its writers and their creativity, to rewrite the rulebook.

Adam concludes, “When looking at who to sign, we’ll approach it with our management heads, finding artists who are probably just starting out but who have a long-term view for their career. That’s the way we’ve always done it with our own artists.”

To celebrate its launch, And Publishing will host a launch party at SXSW in Austin, Texas. 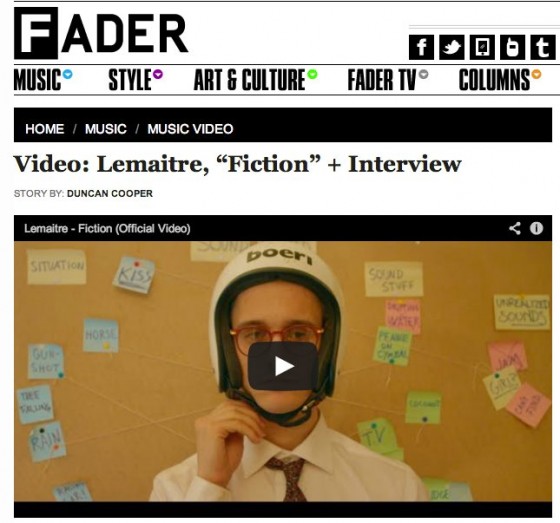 Wavves Interview In This Months FILTER

Head over to Filter to read up on the WAVVES interview and talk about their upcoming album out March 26.

Big congrats to Emeli Sande for her wins of 2 Brit Awards, she took home Album Of The Year and Best Female Solo Artist.